After some rough days at work yesterday, the Mysterious Mr. C and I knew we needed to do something to unwind, but we had slightly different ideas about how best to do that. He recommended going to the gym, but I wanted to blog (it’s a debate we often have on Wednesday nights!). While I thought I had figured out a way for us to do both, we got home much later than usual and decided to compromise – I would write about geekynerdy workout wear (providing myself with some motivation for next week) while we watched the season premiere of American Ninja Warrior!

Though I can’t speak for C, I know I am now feeling anxious to get back to the gym and put myself, and some of this gear, to work! 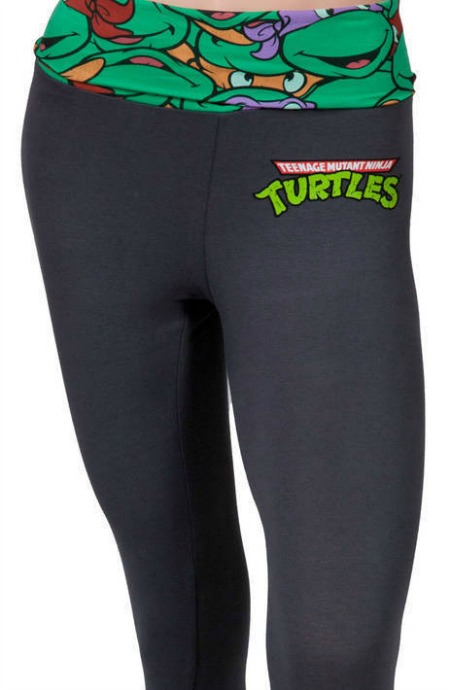 I was a huge TMNT fan as a child, so I have had my eye on these yoga pants by 80sTees.com since I first saw them on Fashionably Geek about a year ago. Unlike some other geekynerdy pants out there, these are a little more subtle as the main detailing is at the waistband – making it something people would really only see as you stretch for a sun salutation. And though I am a fan of embracing the nerd within and letting your geek flag fly, sometimes it’s nice to have something less obvious, that only other true fans would get.

There is absolutely no mistaking this Black Widow t-shirt by HerUniverse, and that is exactly how I would want it. Natasha Romanoff is a total badass and doesn’t get nearly the same kind of love as the other Avengers when it comes to merchandising. This t-shirt would enable me to support one of Marvel’s main female superheroes, and maybe steal a little of her mojo for myself when I sneak into a BodyPump™ class.

If I feel like mixing it up and having more of a DC Comics vibe, this StylinOnline.com t-shirt featuring Harley Quinn, Batgirl, and Poison Ivy is a clear must-have. Drawn in the style of Batman: The Animated Series (my favorite!), it features two of my favorite villainesses and one of the heroes I would most want to be – any of which could be motivation, depending on whether I’m feeling sweet or sassy that day. Plus, it would go amazingly well with these Harley Quinn shorts from Hot Topic! 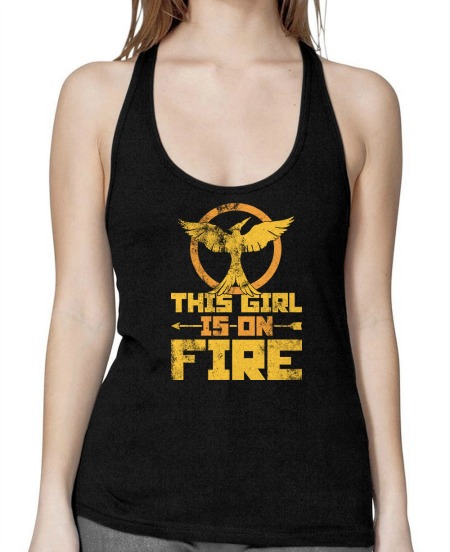 While it has been a few months since I really indulged in my Hunger Games obsession, this tank top in Stride Fitness Apparel’s Nerd Locker could be the gateway piece my wardrobe needs to make me feel like Katniss Everdeen on a more regular basis. Though it be more appropriate to honor the Girl on Fire by partaking in an archery class, I think this tank top would be right at home in my spinning class too!