Between all of the wedding stuff that the Mysterious Mr. C and I have to work on (it’s exactly 90 days away!) and getting sick earlier this week, my posting schedule has been completely off lately. But, it is the start of a new month and I am eager to get back into the swing of things with this all-new “Nerd Alert!” Here are the six links from the Interwebs that have been making me smile lately. Enjoy! 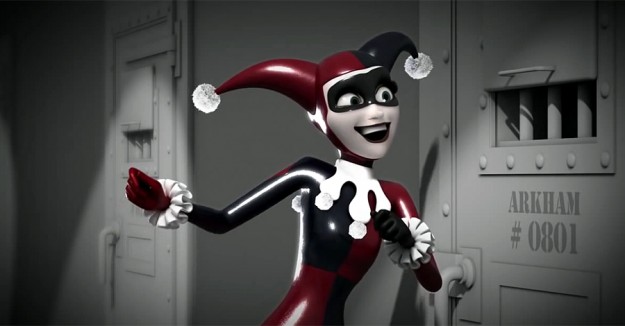 1. While I have never seen Disney’s Frozen (I know, I know, for shame!), I am familiar with most of the movie’s popular songs and have loved a number of the mash-ups and parodies that have come out over the years. However, this Harley Quinn take on “Do You Want to Build a Snowman” – cleverly titled “Do You Wanna Kill the Batman?” – by Sydney Amber and Hesychia7 takes the cake. Of course, I’m biased because, like many people who grew up watching Batman: The Animated Series, I was a huge fan of Harley, the Joker’s spunky, yet demented girlfriend. The song lyrics – and Amber’s performance – perfectly capture her essence and the subsequent animation by Michael Smith gives great expression to the Harley we all know and love too – I just wish his video was a little longer!

2. Alright, this link leans a little more toward the nerdy side of things, but as a book-lover, I just had to share this inspiring story about teachers at Biloxi Junior High School turning a section of old lockers into a colorful “Avenue of Literature.” According to a report by WLOX’s Trang Pham-Bui, the 189 lockers that line the 8th grade English hallway have been sealed shut for security reasons for more than 15 years. But last year, two teachers had had enough and decided to transform them into book spines this summer. Thanks to a $600 grant from Biloxi First, public donations, and personal contributions for supplies, as well as a number of volunteers, the students at the school will have a much brighter and interesting hallway to walk down this fall. As Upworthy’s Lori White notes: “What an awesome show of care from teachers. In the summertime, when the only reasons they have to care is the kindness in their hearts and the love they have for their students and community spurring them on, this small group of teachers transformed a drab hallway into a celebration of reading. It’s a true reminder to each student that there are people who care for them.” Oh, the feels!!!

3. Speaking of feels, my favorite hitchhiking robot, hitchBOT, is now traveling across the United States!! If you are unfamiliar with this well-traveled robot, he is a collaborative project between professors at three different Canadian universities, and was created “to explore topics in human-robot-interaction and to test technologies in artificial intelligence and speech recognition and processing.” In laymen’s terms, as Dr. Frauke Zeller, one of hitchBOT’s creators, noted last year: “Usually, we are concerned with whether we can trust robots. This project asks: can robots trust human beings?” So far, the answer seems to be yes! hitchBOT has traveled across Canada, Germany, and the Netherlands without any problems, and so far, his trip through America seems to be going really smoothly as well. Since he has an extensive Bucket List that goes all over the United States, I have a feeling this little robot will be here for awhile – I just really hope I can see him when he comes to D.C.!

4. I’m sure all of you have plenty of things to do to while away your time, but if you are looking for something new to checkout on your lunch break, I highly recommend Stephen Colbert’s “Choose Your Own Adventure”-style game, Escape from the Man-Sized Cabinet. Made with Twine, Escape is an in-browser, text-based game that puts you in the role of Colbert, who is wandering around his office “because your show doesn’t start for two months and they won’t let you drive go-karts inside anymore.” Quickly, you end up in a man-sized cabinet that leads to a Narnia-esque world filled with a centaur named Randall, a snow beast with a bear trap for a head, and an ominous castle made of human skulls. (Wow, okay, that makes the game sound a lot darker than it is.) While I admittedly haven’t gotten to the end of the game yet, I do appreciate the snarky comments that appear when I haven’t chosen the correct answer… they seem to be very Colbertian!

5. I’ve featured pancake art before on this blog, but as impressive as the Avengers: Age of Ultron pancakes by Dr. Dan the Pancake Man were, I think Tiger Tomato’s Rainbow Dash pancake has him beat. Like Dan’s video, Tiger’s is absolutely mesmerizing to watch, but the thing that impressed me most was just how bright his batter colors ended up being. Having struggled to get regular cake batter to come out as brilliantly hued as I would like it to be, I am dying to know what he uses to get those reds, oranges, yellows, greens, blues, and purples to be so vibrant! 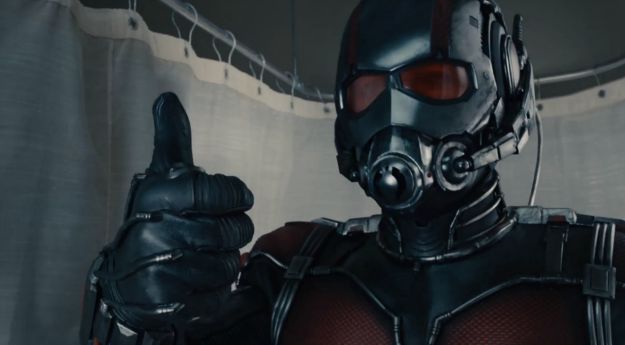 6. Mr. Sunday Movies, who has brought us YouTube videos that breakdown all of the Easter Eggs in various popular films – Mad Max: Fury Road and Jurassic World, for example – is at it again, this time looking at all of the subtle nods in Marvel’s Ant-Man. Since I am not as familiar with these comics as I am with some of the other movies he’s highlighted, I didn’t pick up on most of these references, but it was still interesting to see how much care went into tying the film to previous incarnations of the world’s smallest superhero. (Bonus Read: Lola VFX tells Vulture how they made Michael Douglas look so young in Ant-Man’s opening scene).