While last week’s Nerd Alert was just mostly Star Wars-focused, this week’s round-up is ALL Star Wars-related! It’s also pretty much a Star Wars: Episode VII – The Force Awakens “Nerd Alert” and there are a few spoilers below, so if you haven’t seen the movie yet, you may want to avoid entries 1, 5, and 6. Other than that, you should be good to go. Enjoy! 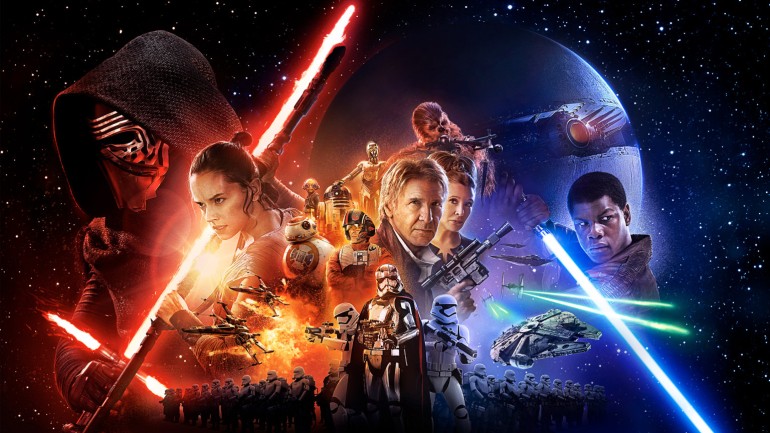 1/2. As I mentioned in my post on Thursday, The Force Awakens has ignited a deep interest in the Star Wars universe for me and I now want to get my hands on anything and everything related to that galaxy far, far away. However, with over 250 books alone in the Expanded Universe, I’m not entirely sure where to start. Luckily for me, Liz Tailor over at Nerd in the City has put together a pretty comprehensive list of books, television shows, and comic books that are filled with adventures that both precede and follow the events of the first six movies. While much of this Expanded Universe, as it is known, has been thrown out by Disney, I still want to read everything!

Likewise, if you haven’t gotten enough of The Force Awakens in particular, Entertainment Weekly’s Shirley Li has found several books, a video game, and a podcast that will provide you with a little more background and help keep you going until Rogue One: A Star Wars Story comes out this December. 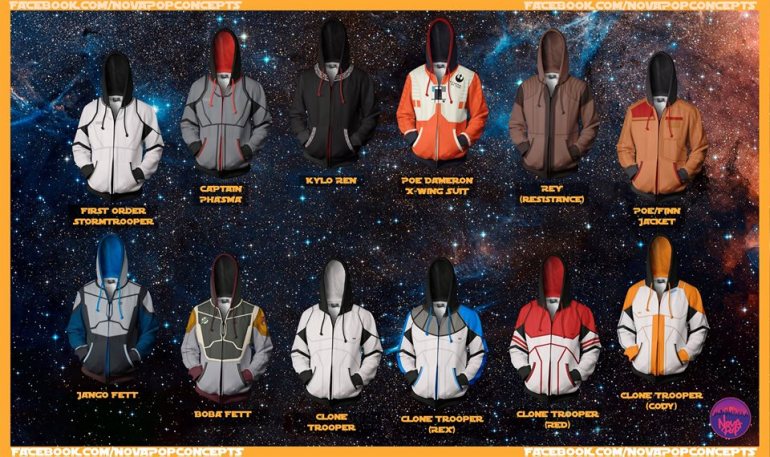 3. Without going into specifics, it’s safe to say that my geekynerdy wardrobe is fairly lacking. That is definitely something I am looking to remedy though and these Star Wars hooded sweatshirts by Nova Pop immediately caught my eye. While all of the designs featured are currently just concepts, the reaction they’ve gotten has been so positive that I am really hoping that I’ll be able to add some, like the Kylo Ren and First Order Stormtrooper Squad Leader ones, to my closet soon!

4. Continuing with the fashion theme, I also loved these high-end Star Wars designs by Guillermo Meraz. Though the dresses themselves are probably a little too extreme to be practical – I mean, what haute couture isn’t?! – I would still love to see what they look like in person. As Geek Girl Diva points out, the Rey-inspired dress is absolutely stunning, but I like the Boba Fett one too… though that may be more because of the cape that goes with it!

5. Like George Miller in Mad Max: Fury Road, J.J. Abrams used a number of practical effects in The Force Awakens, but he had to use some digital effects as well to really bring the galaxy and its characters to life. Earlier this week, a breakdown reel highlighting the special effects that were used in various scenes from the film dropped on the Internet. While it appears that this video has since been pulled, the folks over at Nerdist made a few GIFs from the footage that give you at least some sense of what it showed. Hopefully the full video will be posted again soon so we can enjoy the crew’s genius, but for now, this will have to suffice!

6. I’m not entirely sure when we all decided that Chewbacca was likely Ben “Kylo Ren” Solo’s godfather, but that seems to be the general consensus these days. Or, if not, it’s pretty likely that Chewie, as Han Solo’s right hand, and Ben, his son, shared some kind of relationship before he turned to the Dark Side. In this heartbreaking comic by artist Tyson Murphy, we get a sense of what that connection might have been and how Ben’s turn affected more than just his parents.