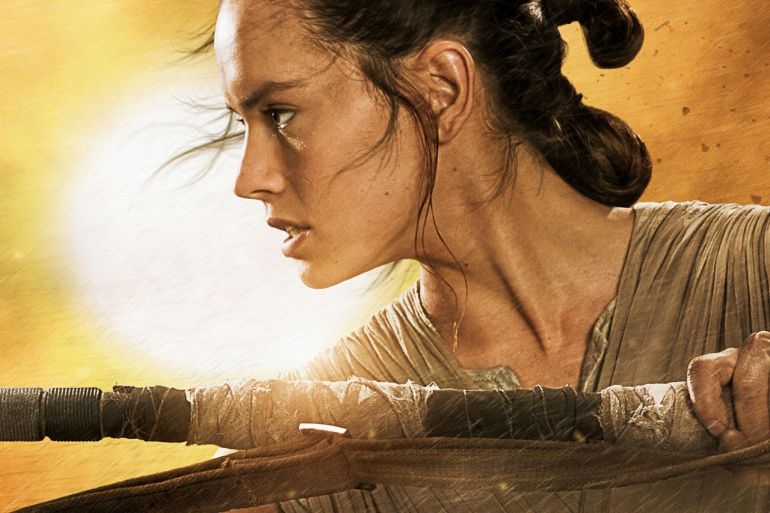 Good evening readers!! While I initially had a Marvel vs. DC Comics post planned for this evening, that got shelved after I read an article on Hypable earlier this afternoon that raised more questions about the whole #WheresRey controversy. Sent to me by my best guy friend S, the article links to a report on the blog Sweatpants and Coffee that quotes an industry insider as saying that Star Wars toymakers were “specially directed” to exclude Rey from their products. Though these claims aren’t all that surprising given what we’ve seen so far in terms of a dearth of merchandise for female characters, it still made my heart hurt and my blood boil. Then, I got angrier as I read some other news stories about the whole thing and I decided tonight was a good time for a bit of a rant here on Geeky Musings!

First of all, I know some people have wondered about Sweatpants and Coffee’s fact-checking policies and, as a someone who used to work in a news-ish capacity, that you should typically avoid granting a source anonymity for credibility’s sake, but there is no denying that Rey, the MAIN protagonist of Episode VII: The Force Awakens, has been a bit absent from store shelves. Though she is starting to appear in what I guess is a second wave of merchandise, there really is no excusing her absence in the first one.

Secondly, arguments like Hasbro’s that they were trying to avoid giving away any plot details in items such as their Star Wars edition of Monopoly are just ridiculous. As John Marcotte, the founder of Heroic Girls, a non-profit advocacy organization, notes in the Sweatpants and Coffee report, Monopoly is NOT a game that gives away plot points! It’s about buying and selling properties – the only difference in a Star Wars version from the original would be that you could buy things like Tatooine instead of Boardwalk. Now, for a game like Trivial Pursuit, I could see that rationale making sense, but not at all for Monopoly.

Next, I was completely blown away by this Reuters report in which Paul Southern, the head of Star Wars licensing in Disney’s consumer products division, admits that the company underestimated Rey’s popularity. I’m sorry, WHAT?! The film is definitely an ensemble piece, but the female scavenger on Jakku was featured prominently in the trailers leading up to the movie’s release and on the poster. How are Earth could someone think that we wouldn’t want to see her represented in the related toys?

Okay, yes, I know, much of this is because there are still gender biases in the world and they are particularly strong when it comes to Hollywood and anything science fiction/fantasy-related, but still. There seemed to be a ton of Captain Phasma merchandise ahead of The Force Awakens’ release, which is disproportionately related to her screen time. But Rey? Nah, no one is going to want to pretend to be her? Give me a break.

To be fair, I fully recognize the fact that many boys may not want to play with “girly” toys, but how much of that is because they don’t like the characters and how much of it is based on the gendered marketing that exists in the toy industry? Sure, a boy may not want to play with a figurine of a character whose backstory consists of nothing more than being a damsel in distress, but frankly, neither would I! It is 2016, marketers, and people relate to characters other than those who happen to reflect their gender identity. And while I will admit that some of the interest in having Black Widow, Gamora, and Rey action figures comes from the fact that they are female characters and we don’t get nearly enough of those in big budget action adventure films, more often than not, we relate to them simply because they are strong, independent, incredibly badass characters. Their femininity is almost beside the point.

And, just when I thought I couldn’t be frustrated enough, I read that Episode VIII’s release date has been pushed back so that the script can be adjusted to give more screen time to Rey, Finn, and Poe Dameron. Again, I ask, WHAT!? The way this trio was introduced to us in The Force Awakens, I thought it would be only natural to have the story in this latest trilogy focused on them. To be sure, there are many more things for us to learn about Kylo Ren, General Hux, and Supreme Leader Snoke as well, but I cannot believe that our “heroes” seem to have been little more than an afterthought. It’s almost like making the second film in Peter Jackson’s The Hobbit trilogy follow Legolas with minor detours to see what’s happening with Bilbo. Did Lucasfilm really have such little faith either our ability to connect with the new characters or in the new characters’ abilities to pull us into the story?

Ultimately, while none of this diminishes my enjoyment of The Force Awakens and I am still eagerly looking forward to Episode VIII, it still makes me shake my head and wonder. Disney and Lucasfilm are some of the biggest brands in the world and yet they still seem to have gotten things very wrong this time around. It is possible that they and others are finally waking up to the fact that there is a huge portion of the fan base that they are underserving, but I, very sadly, feel certain that #WheresRey will soon be replaced with a similar battle cry.