Yeesh! As I was pulling this “Nerd Alert” together, I discovered that my last post nearly a month ago was a link roundup and that came over a month after the last alert! Clearly my schedule fell apart a bit – mostly thanks to a complete lack of inspiration – but I binge-watched the second season of the CW’s iZombie this past weekend, and the Mysterious Mr. C and I are going to see Captain America: Civil War in a few hours, so it’s safe to say that my geekynerdy juices are flowing again and I am so excited to get back down to business! Hopefully you guys have a great Saturday too and I will see you back here on Monday! 1. Earlier this week, I was reminded that it is prom season here in the United States and got a little depressed when I realized how long it’s been since I went to my own “big dance.” I was also saddened because it never even crossed my mind to do something as clever as these kids from Subiaco Academy in Arkansas. Oh sure, my date and I coordinated our outfits, but certainly not to this degree! The photos by Johnny Bolinger of BN Focus Photography have deservedly gone viral and I just love that the couples came up with this idea – and executed it so flawlessly. I also love the fact that they felt comfortable enough to do it. To me, it’s yet another sign that nerd culture has become popular culture and that identifying yourself as either a “geek” or a “nerd” is no longer really a bad thing! 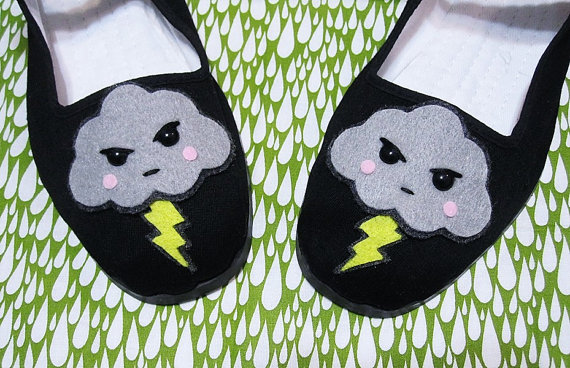 2. I don’t know what the weather has been like where you are, but here in DC, it has been downright nasty! We haven’t really seen the sunshine for over a week now and it’s rained every day for about just as long. While this kind of weather normally makes me just want to curl up with a good book and a cup of hot tea, these adorable felt Mary Janes by Etsy seller PunkieJunkie might make it easier to get myself out the door in the morning! Her kawaii take on an angry storm cloud is too cute for words and makes me smile every time I look at the picture. I can only imagine how they would brighten my day if they were actually on my feet! That said, all of her designs are amazing (I’ve got my eye on the narwhal version as well) and luckily for me, they are extremely affordable!

3. Last year, C and I fell off the Game of Thrones bandwagon about halfway through season five. We were starting to get into non-book territory, which made it slightly less fun for us (we had been eager to see how the showrunners would portray certain scenes) and the overarching bleakness of the series made it more exhausting to watch than anything else. This year though, we’ve definitely been feeling a bit left out as everyone eagerly talks about this season’s episodes and have debated about getting back into the show. While I’m still not sure if we will or not, this OZY article provided an interesting perspective on the series’ “unconventional cruelty.”

4/5. As I’m sure most of you know, this past Wednesday was Star Wars Day. Yet you, like me, may not know the whole history behind the celebration and all of the “May the 4th Be With You” messages that popped up on Facebook, Instagram, and Twitter. Luckily for us, The Verge’s Rich McCormick breaks it all down – from the first reference in 1979 to the first related screening in 2011 to today’s “half earnest celebration, half shameless marketing bonanza.” It’s an interesting exploration of how a simple pun became a way to celebrate one of the biggest franchises around.

Also, in case you were wondering how to celebrate next year, The Verge has created an unofficial Star Wars drinking game. While it doesn’t seem to be as brutal as some games I’ve seen, you’ll definitely want to play responsibly, especially if you are watching the Special Edition versions. 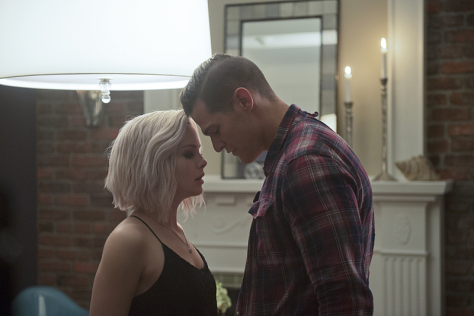 6. While the slang term “ship” (short for “relationship”) appears to have been around for over a decade, it’s something that is still relatively new to me. To be sure, I’ve been a shipper practically all of my life, rooting for fictional couples like Elizabeth Swann and Will Turner in Pirates of the Caribbean and Veronica Mars and Logan Echolls in Veronica Mars, I just didn’t know there was an actual term for it!

My latest ship has been for Liv Moore and Drake Holloway on iZombie, and it is intense. Having worked my way through the second season this past weekend, I already know how their love story ends on the show (not happily), but that could be why I keep speed-watching the remaining episodes on our DVR to focus on their scenes. I like seeing them together before everything fell apart.

Though I’ve felt a little guilty about the strength of this ship, a good friend has totally had my back – which helps (it’s so nice when people just get you!). This article by Kathleen Smith on why she will always be a shipper is also a reassuring read. Sure, shipping may seem futile to some people, but it allows me to give my characters the storybook ending that I wanted them to have.