I’ll be honest, readers, this was a really hard post to put together. With everything that’s been going on in the country lately (and especially over the past 24 hours), blogging about my favorite geekynerdy finds seemed so silly. There were scores of people being detained in airports as I typed and I felt like I should be doing anything but this.

That said, over the past year or so, I’ve realized the importance of self-care; sometimes, you just need to take a break from all of the bad news, shut off your electronic devices, and do something that reenergizes you. So, in that spirit, I decided to focus this Nerd Alert on some things that might help you relax and remember that, as Harvey Dent (paraphrasing Thomas Fuller) told us, “The night is darkest just before the dawn. [And] I promise, the dawn is coming.” Enjoy! 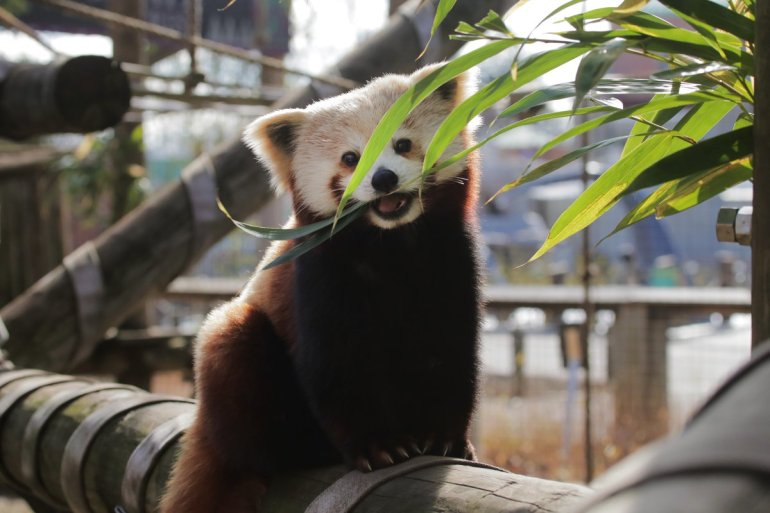 1. As Time’s Cady Lang noted for the magazine on Friday, “Twitter beefs have a reputation for getting aggressive, and at times, downright nasty on the Internet,” but that wasn’t the case at all this last week when zoos, aquariums, and animal rescue organizations across the United States and the world engaged in a #CuteAnimalTweetOff.

It all began on Wednesday when the National Zoo here in DC tweeted out a picture of a gray seal pup that was born last Saturday. Sarah Hill, a Twitter user from Virginia, then challenged the Virginia Aquarium to up the ante. The aquarium responded with a picture of an otter and an osprey, and the two social media accounts began trading photos. Then, the Bronx Zoo joined in, tagged seven other zoos, and added the hashtag. Suddenly, the Internet was flooded with dozens of pictures of adorably, almost painfully, cute animals! It was exactly the sort of pick-up that my week needed and brilliantly illustrated the brighter side of social media.

2/3. Another great way to unwind after a particularly rough day is to take a bath. Admittedly, in our go-go-go world, it can feel uncomfortable at first to take the time for such a luxury, but once you can actually let yourself relax, it is so, so nice!

While the Mysterious Mr. C and I have been mostly using bath salts from Biggs and Featherbelle, when I saw these Harry Potter-inspired bubble bath fragrances on PopSugar, I knew my bath-time routine would be getting an upgrade. Made by Drea from TeaSoapBooks, the five scents range from Butterbeer (rum, vanilla, nutmeg, and butter) to Polyjuice Potion (cucumber, oakmoss, and a light base of green tea).

Sadly, Drea’s shop is currently closed, so I can’t scour her Etsy page, but according to her Instagram account, she also has House-themed bath salts! (If you still need to be sorted, here’s another option for you to try!) And if Harry Potter isn’t quite your jam, she has a ton of other literary-themed products too. The packaging is also ridiculously cute, so I have a pretty strong feeling that I will become a regular customer once Drea is taking orders again!

In the Wick of Time

4. In addition to taking baths, I’ve been enjoying using candles to calm down at the end of the day. Hence, we have a full half-shelf of them in our bathroom closet! I don’t always coordinate the scents to particular rooms or to certain seasons, but there is just something about the flickering light and soft aroma that I find extremely relaxing.

Though I don’t really have the room to add more candles to my current collection, as soon as I do, I am stocking up on some from Kaylan Keith’s In the Wick of Time! Like Drea, Keith takes her inspiration from popular culture; her candle scents evoke the settings of favorite books, movies, and television shows. All of them sound absolutely amazing to me, but I am most interested in 221B (black tea and fireplace smoke) and Elven Valley (fresh air, crisp golden leaves, waterfalls, and stargazer lilies).

5. Once the baths are done and the candles are burned, reading is another really good way to unwind. While I am currently working my way through Pierce Brown’s Red Rising trilogy, I’ve already got my eyes set on Congressman John Lewis’s award-winning March series as my next read.

Reading more graphic novels is one of the many things on my to-do list for the year and I’ve heard nothing but good things about the trilogy. But more than that, I want to reengage with American history and get another perspective on the Civil Rights Movement.

Shamefully, the last time I really studied U.S. history was in high school and as I find myself becoming more civically engaged, I am eager to both learn more about and seek inspiration in Lewis’s story.