Charlie and the Chocolate Factory (The Book) 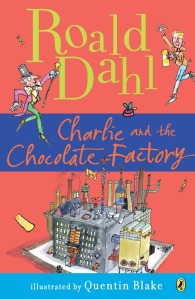 I can’t quite remember where I learned about or how I heard about this October marking the 50th anniversary of Roald Dahl’s Charlie and the Chocolate Factory, but I do know that I thought it was as good an excuse as any to re-read the book! After all, I had first read Charlie and the Chocolate Factory when I was a kid, along with James and the Giant Peach, Matilda, The Witches, and whole host of other Dahl stories, but it had been a long time since I had checked it out. More often than not, I’ve watched the 1971 movie starring Gene Wilder as Willy Wonka when revisiting the tale.

And to be honest, I don’t think I ever saw the 2005 Johnny Depp remake, or at least not from start to finish. (This was partly because it seemed to be Johnny Depp playing Johnny Depp, and partly because I was getting a bit tired of the Tim Burton-Helena Bonham-Carter-Johnny Depp trifecta.) That said, I do remember there being a debate when it came out though, about how it was darker and closer to Dahl’s original story, so I was curious to see how the book read now that I am all grown-up.  END_OF_DOCUMENT_TOKEN_TO_BE_REPLACED

I Won’t Grow Up

For as long as I can remember, I have been a fan of Arthur. Yes, Arthur… The PBS Kids show about an anthropomorphic aardvark that is perpetually eight-years-old.

It all started back in high school when what was then Disney’s Doug was no longer being run in syndication, and I needed something to watch while I got ready in the morning. Split into two roughly 15-minute halves, Arthur was great for this. I found that if I ate breakfast during the first show and got ready during the second, I was out the door and at school in plenty of time. (Though pledge drives always messed me up!)  END_OF_DOCUMENT_TOKEN_TO_BE_REPLACED

The Giver (The Book) 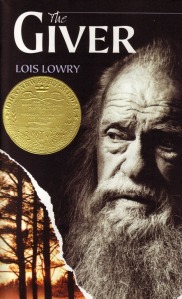 As I started to see more trailers for the movie version of Lois Lowry’s The Giver, which hits theaters August 15, I was reminded of the fact that I had never actually read the Newberry Medal-winning book. I’m not entirely sure how I could have missed it since The Giver seems to be on every middle school reading list, but it wasn’t a book that ever crossed my plate (I haven’t read Lowry’s Number the Stars either).

Since I have been disappointed in the past by books I have read after seeing the film adaptations, namely J.R.R. Tolkein’s The Lord of the Rings trilogy (I know, this is considered sacrilege in the geek world!), I decided it was time I give the story a look and read The Giver before seeing the movie. And to be honest with you – though this might elicit strong opinions as well – I was just left feeling whelmed by the whole thing.  END_OF_DOCUMENT_TOKEN_TO_BE_REPLACED

Regardless of how old we are, it seems that we all have certain childhood touchstones that make us smile whenever we think of them. They can be books, games, and movies; family meals and memories; or any number of things. What matters most about them is that they mean something to you.

For me, some of my strongest memories as a kid are tied to the books that I read at the time. Or more accurately, stories that I remembered with titles that I didn’t.  END_OF_DOCUMENT_TOKEN_TO_BE_REPLACED